National TeamsYouth National TeamsUnder 21 TeamNewsMaciej Stolarczyk as the leader. Who is the new coach of the youth team? Back

Maciej Stolarczyk as the leader. Who is the new coach of the youth team? 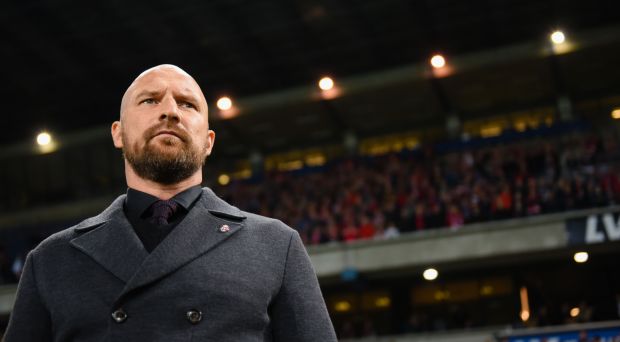 On 15 October 2020, Maciej Stolarczyk became the coach of the Poland National Under-21 football team. The new coach of the youth team takes over from Czesław Michniewicz. Who is the man that will lead the second most important national team?

Maciej Stolarczyk was born on 15 January 1972 in Słupsk. He started his football career in the local club called Gryf, from which, as an eighteen-year-old, he transferred to Pogoń Szczecin in the spring of 1980. He had to wait for his debut in the highest division until 30 July 1994, when he played in a match with Górnik Zabrze. Quickly, less than five months later, he played his first match in the national team. In the 78th minute of a friendly match with Saudi Arabia, he substituted Piotr Świerczewski on the pitch. He played in Pogoń until the end of the 1998/1999 season, when he signed an agreement with Widzew Łódź. He added two more performances in the Polish national team to his achievements while still playing for "The Dockers". His total score in the national team reached eight performances.

After two years spent in Widzew, Maciej Stolarczyk returned to Widzew for one season. Since 2002, he played for Wisła Kraków, where he was most successful. In "The White Star" T-shirt, he won three Polish Champion titles (2003, 2004, 2005) and one national cup (2003). He played in Wisła until 2007. He played his last match in Ekstraklasa for GKS Bełchatów, which took place on 7 May 2008. In total, he played 336 matches in the highest division, scoring 22 goals.