AssociationNewsStartups in the game for the World Cup and for investors. Let's get started! Back

Startups in the game for the World Cup and for investors. Let's get started! 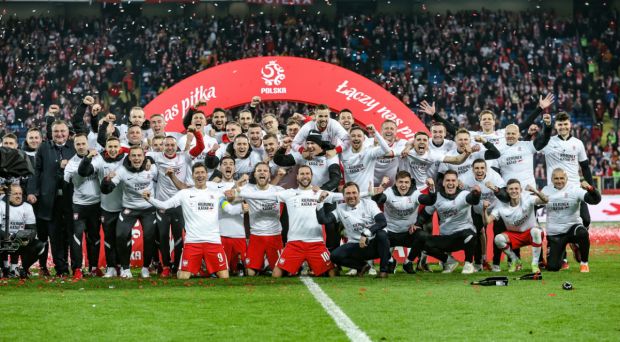 As announced, the 'Startups in the Game' campaign – the first programme in Poland to support the collaboration of young technology companies with the football ecosystem – has been launched.

It is the result of an agreement between PZPN, the company PZPN Invest, the NASK National Research Institute, and a partnership with Rebels Valley, a company specialising in accelerating technology projects. "Startups in the Game" will allow the most ambitious enterprises to face the challenges of the football world, prepared by experts and potential audiences.

Each of the joining companies will be able to address a challenge of its choice from a list to be published on the programme website. The most sought-after solutions will be those of companies with ready-made products and services that can be implemented for customers in a short time. "We want to draw on the best experiences of the business world. Companies have actively been seeking startups that can become valuable partners for them by delivering a unique value proposition," says Arek Kwoska, Managing Partner of Rebels Valley. "Participants in the programme will receive advisory and mentoring support to present their proposal in the grand finale in front of a panel of experts: representatives from the world of football, technology and business," he adds.

Startups participating in the programme will have the opportunity to meet representatives of the football ecosystem in Poland, including from the Polish Football Association, as well as football clubs and the Association's business partners and the media.

The top three teams will join the PZPN delegation to the World Cup in Qatar. In addition to the opportunity to participate in this grand football event, they will get the chance to meet foreign investors who are actively funding sporttech projects.

"It is the first project carried out by PZPN Invest, which was established by the Polish Football Association to raise funds to drive investment in technology and innovation. Sport and technology go hand in hand. Major football clubs invest millions to provide their players and coaching staff with the best possible conditions for success. On top of that, there is communication with fans and other business aspects," says Łukasz Wachowski, Secretary General of the Polish Football Association.

Together with the football community in Poland, PZPN Invest, NASK and Rebels Valley have prepared a list of needs that startups may be interested in. "The startup competition is a great way to verify how many active technological football ideas we have. Since the establishment of the Innovation Commission, I have been approached by a number of companies that want to work with and for football. Now they will have the opportunity to go up against the best teams in the country and fight for a nomination to the top ten and then for a ticket to Qatar," says Michał Żukowski, Vice President of PZPN Invest S.A.

"The accelerator project is part of a broader portfolio of joint activities conducted by NASK-PIB and the Polish Football Association for the development of innovations in Polish sport, particularly those using big data. As a leading research centre in the area of cyber-security and artificial intelligence, NASK is a natural content partner for this kind of project. We look forward to interesting applications and innovative ideas that we can implement together," says Wojciech Pawlak, Director of NASK PIB.

Detailed information on the campaign can be found at: https://startupywgrze.pzpn.pl/

The Startup Road to Qatar programme is implemented by Rebels Valley, a strategic innovation management consultancy boutique, in partnership with PZPN Invest and NASK National Research Institute. It specialises in supporting large companies in building partnerships with young technology companies. Corporate partners to date include Polish and international leaders in the fuel, energy, banking or FMCG industries. As of 2018, Rebels Valley has already worked with more than 300 young technology companies from Poland and around the world.