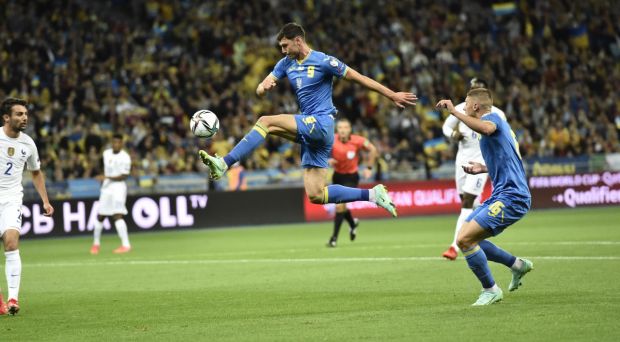 Polish Football Association informs that the sale of tickets for the matches of the Ukraine national football team in the Nations League has started. The Ukrainians will play against Armenia at the Władysław Król Municipal Stadium on June 11 at 3:00 p.m., and three days later they will compete against Ireland again at the same venue. Tickets are sold at bilety.laczynaspilka.pl and are available in two price categories: PLN 40 and PLN 60.

"I had a very good meeting with Andriy Pavelko, the President of the Ukrainian federation. We talked about the preparations for the Ukraine national football team's matches that are to be held in Łódź. As the Polish Football Association, we will continue to support our Ukrainian friends," said Cezary Kulesza, President of the Polish Football Association.

"We want the Ukrainian team to feel at home in Poland. The organisation of the matches in Łódź will be at the highest level. We are preparing just as we did for the games of the first Polish national team. We invite everyone to the Władysław Król Municipal Stadium and encourage you to cheer Ukraine on," added Łukasz Wachowski, Secretary General of the Polish Football Association.

We have prepared instructions on how to buy tickets in Ukrainian for the fans of the Ukrainian national team (download below). We have also set up a helpline in Ukrainian, which, at +48 22 55 12 233, will provide all information regarding ticket sales for the June matches of our eastern neighbours in Łódź. It is available from Monday to Friday during Polish Football Association's office hours (8:30 a.m. - 4:30 p.m.). The email service is provided at wsparcie@pzpn.pl.