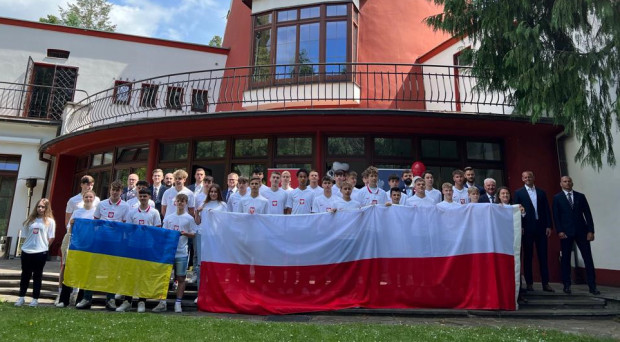 The Polish Football Association, aware of how many of our countrymen have decided to leave for the west of Europe, is also active abroad and makes every effort to reach out to young people who may represent the white and red colours in the future. It should be mentioned that the "Gramy dla Polski" project and meetings with players of Polish descent do not take place only in Cologne, but additional events have already taken place in London, Munich and recently even in the form of a Camp in New Jersey in the United States.

"The thirteenth meeting in Cologne with the greatest Polish talents living outside our country is behind us. It was traditionally hosted by the Polish Consulate and Consul General Jakub Wawrzyniak. We have been working together with the Polish Football Association for 15 years and during this time we have met hundreds of football players. Now, we found 32 male and 2 female athletes from top clubs from Germany, France, the Netherlands and Belgium. Our delegation was represented by Zbigniew Bartnik, a member of the Management Board of the Polish Football Association, Katarzyna Barlewicz, the U-19 women's coach, Marcin Włodarski, the U-16 coach and Rafał Lasocki, the U-15 national team coach. The coaches interviewed every player who came to our meeting, which in the future may result in appointments to Polish national youth teams," said Maciej Chorążyk, the Polish Football Association's Chief International Scouting Coordinator.

For the 13th "Gramy dla Polski" meeting at the Polish Consulate in Cologne, each parent of the young players brought gifts for mothers with children affected by the war in Ukraine. All forms of support will go to the Polish Red Cross in Działdów and will then be distributed to those most in need.

The Polish Football Association informs that every football player who holds Polish citizenship and lives abroad can submit his/her Player Profile on the gramydlapolski.pl website and join the database of Polish talents on polskaut.pl.