AssociationNewsCezary Kulesza: We will not leave Ukraine alone in the darkest hour Back

Cezary Kulesza: We will not leave Ukraine alone in the darkest hour 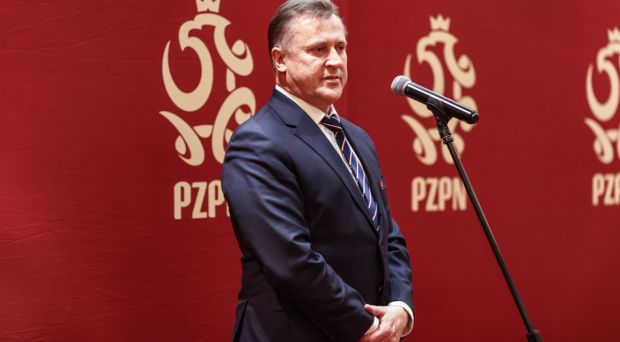 "There is a real tragedy taking place in Ukraine, people are dying, including sportspersons. And they expect us to pretend that Russia is not Russia because it plays under a different name? It was an outrageous proposal, I didn't hesitate for one second," explains Cezary Kulesza, President of the Polish Football Association.

On Saturday, you announced that the Polish national team would not play against Russia in the World Cup qualifier, which was scheduled for 24 March in Moscow. Was it a difficult decision?

"Difficult" is not the word. It was a decision that required consideration, analysis. However, we kept our finger on the pulse from the start. Already on Tuesday, before the aggression of the Russian Federation against Ukraine, we sent a letter to FIFA expressing our deep concern and asking for an urgent position on the play-off match. However, on Thursday, after the invasion, circumstances changed dramatically and we firmly stated that we would not be going to Russia. We also persuaded our partners from Sweden and the Czech Republic to do the same. Everything changed from one day to the next, we saw images of Ukrainian towns being destroyed, of civilians being killed. We could not tolerate this any longer and on Friday, after all-day discussions, we decided that we would not play against the Russians at all. It is encouraging that all our national team players, led by Robert Lewandowski and Kamil Glik, supported this move. As the Polish football community, we will stand in solidarity with the Ukrainians. Which is why we are extremely firm in our resolve.

The Polish players had no doubts?

None whatsoever. Of course, we, as the Polish Football Association, had to be at the forefront of this action. But we did not have to persuade anyone to join us. Besides, Polish players have clearly shown how strongly they support the Ukrainians in their social media posts. I was very impressed by the maturity of our players. Wojtek Szczęsny's personal post, words of support for Tomasz Kędziora on Matty Cash's shirt. It showed me that we have a real team.

How would you comment on the sanctions against Russia announced by FIFA? World federation officials suggested that the Russians will play the play-off match on neutral ground as the "Russian Football Association" and that the Russian anthem will not be played before the match. You were very quick to reject this proposal.

I am not interested in the game of appearances. There is a real tragedy taking place in Ukraine, people are dying, including sportspersons. And they expect us to pretend that Russia is not Russia because it plays under a different name? It was an outrageous proposal and I did not hesitate for one second. In this difficult moment, we must do what is right. We Poles understand this, as do the Swedes and the Czechs.

How do you respond to the arguments of FIFA, which argues not to link football with politics?

It cannot be separated. It was Russia's aggression that led to this situation. In Ukraine, all competitions are suspended, football players have gone into the army, fighting for the independence of their country. They might die. I talked about this with my friend, the head of the Ukrainian Football Association, Andriy Pavelko, to whom we offered our help. This is clear proof that we will not leave Ukraine alone in the darkest hour.

On Sunday, the Polish Football Association sent a letter to the presidents of all European federations outlining its position and encouraging them to stand by Poland. Have you received any response yet?

We are very consistent in this letter: we will not play against the Russian team, wherever that match takes place and whatever the Russian team's name is. We believe that other federations should join our position. That is why I asked for such a document to be prepared and distributed. We appealed for solidarity and the response has been very strong. On Monday morning, I received phone calls from many countries expressing their support. No one has any doubt that the example set by Poland is a good one. Several federations, such as England, Albania, Denmark, Norway and Wales, have already officially announced that they will not play against the Russians either. This is a very uplifting attitude.