The growing up "Lewy", impressive Kuba and irreplaceable Cech 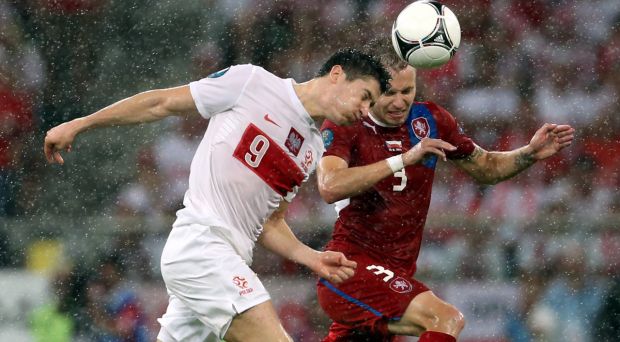 For geopolitical reasons, the history of matches with our southern neighbour is relatively short, as it consists of only seven games. However, this does not mean that it lacks moments which became embedded in fans' memories.

After the UEFA Euro 2008, which for us was a disappointment, the Poland national team faced the Czech Republic in October at the Silesian Stadium in Chorzów and showed that they wanted to forget the unsuccessful tournament as soon as possible. The then 22-year-old Jakub Błaszczykowski played the first fiddle. He assisted in the first goal, he passed three opponents and laid the ball out to Paweł Brożek. The second goal he scored personally, with a spectacular sliced shot. "It was a good match for me. I am pleased with the victory of the team, but both me and the team can do better," said the then player of Wisła Kraków, who was clearly surprised by the interest of journalists.

Błaszczykowski is not the only member of the current national team who remembers that match. Playing his second match in the national team, as he had made his debut a month earlier in a match against San Marino, Robert Lewandowski came out onto the pitch from the substitutes' bench.  Leo Beenhakker's team also included Łukasz Fabiański.

Another memorable event is the first Polish victory over the Czech Republic. At the Legia Stadium, under the leadership of Janusz Wójcik, the White-Reds defeated the runners-up of the 1996 European Championship. "With this match, we wanted to reassure the fans and, above all, restore everyone's hope that we were still able to fight for qualification to the final tournament. In the end, we did not manage to go to Belgium and the Netherlands, but the match against the runners-up of the European Championship went well," recalled Wójcik years later. At the time, the opponent's team included such players as Jan Koller, Pavel Kuka, Pavel Nedved and Karel Poborsky.

Undoubtedly, one of the symbols of the clashes between Poland and the Czech Republic is... Cech. Petr Cech. He has played in all matches against the White-Reds since 2008. He let in seven goals in five matches, the most of which in the last one, three years ago. "The difference between us and the Poles was that we were unable to play the last pass," said the current goalkeeper of Arsenal after the final whistle.

The player who was developing in the matches against the Czech Republic is Robert Lewandowski. During the second round of the FIFA 2010 World Cup qualifier in Prague, the 21-year-old "Lewy" was the youngest player on our team. He also held the same title three years later at the Stadium in Wrocław, during EURO 2012, already as a Borussia Dortmund player, when our fate in the tournament was at stake. The White-Reds needed to win, but they were not up to the task and they lost 0-1 after Petr Jiráček's goal. Similarly to his teammates, Lewandowski left the pitch with his head down. This time will definitely be different, as in Gdańsk he is to receive a commemorative platter for one hundred performances in the national team.